Do you need funding to bring your solution to the market? At the 13th B&L, Patricio Hunt at Intelectium shares the 6 keys to attract private investors.

The 13th B&L provided the opportunity for more than 45 attendees to learn how venture capital works and the aspects to take into account to attract private investors.

Funding is essential to transfer a technological solution to the market and end users. At the XIII and last Breakfast & Learn of the TECSAM Network this year, Patrcio Hunt, founder and Managing Partner of the Intelectium consultancy, has shared the 6 key elements to attract private investment. Get to know them:

Given the lack of mechanisms for technology transfer to society, in this virtual meeting, Hunt mentioned the importance of the research and innovation produced in universities and research centers, which is very extensive in Spain, being able to reach the market. In this sense, venture capital or private capital is a form of funding to be considered among researchers.

The creation of a spin-off is one of the ways in which a project can be commercialized and, ultimately, be beneficial to people. In this sense, the Intelectium expert focused on all the funding possibilities that researchers can access: from pre-seed or seed capital, aimed at more initial projects, to Venture Capital, for solutions already established as spin-offs.

Researcher-entrepreneur binomial, cornerstone in the creation of a spin-off company

According to the speaker, the first and main problem faced by research groups is the difficulty of having the figure of the entrepreneurial leader within the project, which becomes complementary to that of the principal investigator when setting up a spin-off. In some cases, the researcher may also become the entrepreneurial leader of the project, although, in most cases, they are two different figures.

These two elements constitute the “hard and transcendental core of a spin-off”, something essential for the company to have a satisfactory reception among investors. In Hunt’s words: “The figure of the investor appears only if and whenever this core pairing is powerful enough and does what must be done to attract private investors.”

Private investors change throughout the life of an innovative project. This is key for researchers to know the typology of existing private funds depending on the level of development and maturity of their technological solution.

In a context in which venture capital has become “hyper-specialized” and where different agents intervene in each of the stages involved, Hunt has made a tour through the existing private funds depending on the stage in which each technology is: pre-seed stage, seed stage, early stage and growth stage.

Spin-offs in the very first stage require initial capital, which usually comes from family and friends, who are people very close to the entrepreneur and who intervene occasionally by making a modest investment in the project, around €100,000 or €200,000 in total. At a later stage, business angels come into play, who are professionals with “successful business experience who invest serially in one or more projects”, as Hunt states.

In the process of creating a spin-off, incubators and venture builders, such as The Collider, and accelerators, in case the project has already been launched to the market, are two options for initial private financing to take into account. In addition, many established corporate companies, according to the speaker, are increasingly developing Corporate Venture Capital programs aimed at financing early-stage companies, which researchers can take advantage of.

After this early stage, the project reaches what is known as “break even”, which marks the point at which the company moves from loss to profit (or close to profit).

At this stage, Patricio Hunt has put on the table financing options suitable for more advanced projects, such as crowdfunding (raising retail capital with the aim of expanding an existing customer base), Venture Capital (companies that invest in financing rounds of between 10 to 400 million euros in Spain) and, finally, public financing with a low loan rate (such as co-investment grants) or non-refundable (subsidies).

Did you miss this session or do you want to watch it again? Direct link to the video of the day here. 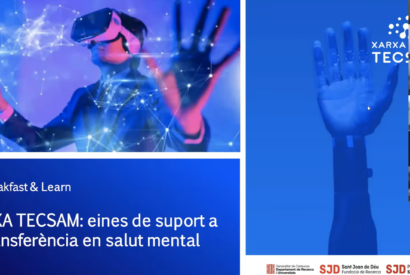