IN VIDEO! Do you want to know the advantages and some tools for first-person research in mental health? In the XI Breakfast & Learn of the TECSAM Network, the researcher Francisco Jose Eiroá has given the keys to carry out participatory or co-produced research between researchers and people affected by mental problems. Did you miss the session or do you want to watch it again? Now available on video! 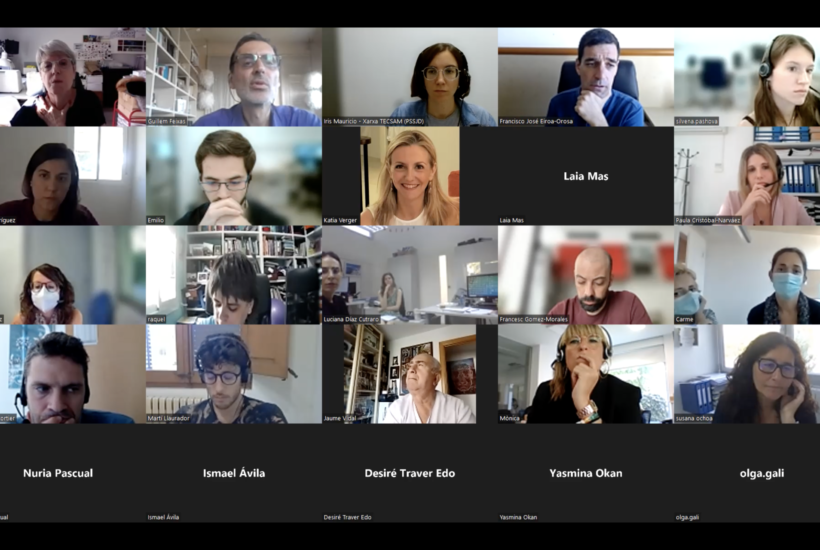 The commitment to participatory or co-produced research between researchers and affected people means multiplying the impact of the research and, therefore, being able to access the co-financing of research projects with funds of a more social nature. This is possible because these types of studies have a direct impact on the quality of life of the people involved and, therefore, allow access to other funders, whether public (state or regional) or private entities.

This was explained by Francisco Jose Eiroá, Ramon y Cajal researcher at the University of Barcelona and member of the First Person Mental Health Research Group (GR1P) during the 11th Breakfast & Learn of the TECSAM Network (now available on video), held on Wednesday, October 5.

Eiroá pointed out that, although involving the group of people affected can prolong the research process, it also means a higher quality and ecological validity of the project (it incorporates more points of view, apart from the researcher) and has a very positive social impact, contributing to the improvement of public services and empowering users.

It also makes possible to disseminate knowledge and results from the beginning of the project, whether clinical or technological: “Dissemination is a natural thing” in research involving the first person, since “as the project develops, dissemination activities are already being carried out,” said Eiroá.

The researcher Eiroá also went through some of the practical tools or mechanisms that exist today for first-person research. In this regard, he highlighted the collaborative research model as an “ideal framework” that includes all interested actors (the group of people affected, clinicians, legislators, funders, the general public, etc.), and which is based on the establishment of relationships based on reciprocity and the inclusion of the perspectives and skills of users.

Regarding data collection processes, the speaker stressed that it is essential to use qualitative methods, such as interviews or focus groups, and even mentioned the importance of promoting discussion groups between users and clinical and research groups before proceeding with data collection.

By contrast, he stated that it is difficult to use quantitative methodology when “99 percent of the tools available today are developed without taking into account the opinion of users”.

According to the speaker, in order to carry out first-person research, different parameters must be taken into account, among which the following stand out: the intensity of user participation (from mere consultation to total leadership), the importance of the methodology used and the scientific paradigm on which the research is conducted (biomedical, psychosocial or critical).

The researcher, who is also a member of the Federació d’Entitats Catalanes de Salut Mental en Primera Persona – VEUS and Obertament, two associations of affected people, has drawn a timeline to delve into the origins of giving people affected by mental health problems a more active participation.

Thus, she referred to the emergence of the first mutual aid groups and the movements to claim the rights of disabled people. In the discipline, she gave as an example the revolutionary movement of women against obstetric violence, as an association of more or less professionalized and organized women who collected for the first time the experiences and experiences of women in first person.

The researcher also stressed the importance of vindicating the role of marginalized groups without forgetting the rest of the groups with mental problems, and without ignoring the double stigma of suffering from a mental disorder and being a woman, racialized or poor.

The attendees of this 11th Breakfast&Learn meeting were able to learn first-hand about some manuals and guides to advance along the path of research co-directed by the people affected. At the end of the session, the audience was also given the opportunity to ask questions to the speaker.

Want to watch or relive this virtual meeting? The video session is now available.