NEW LAUNCH! The TECSAM Network publishes the first Report on Mental Health Challenges Identified by Affected People, with the aim of including and involving affected people in the transfer of knowledge and value in the field of mental health. Download the document! 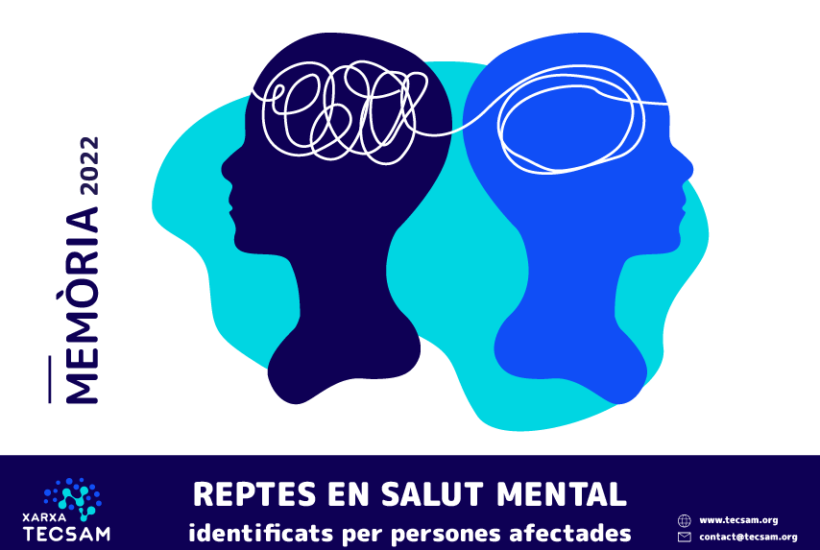 ncluding the perspective of people affected by mental health problems in the process of research and knowledge transfer in society is one of the strategic and transversal axes of the TECSAM Network.

Given the need to promote the participation of users, the TECSAM Network publishes the first Report on Mental Health Challenges Identified by Affected People with the aim of publicizing and conveying the vision of the collective in research and transfer of research results in the field of mental health.

“We firmly believe that the experience provided by users is an unprecedented driver of knowledge and learning, and a key element in the ecosystem of innovation in mental health”, explains Judit López, head of Promotion and Innovation at the TECSAM Network. For this reason, this document aims to reflect the perceptions and demands of the community of people affected.

This report is the result of a Cocreation of challenges event with people affected by mental health problems, a meeting that was held with the exclusive participation of the people affected at the beginning of 2022, with the aim of getting to know the vision of this group in the identification, approach and discussion of the great challenges posed by mental health today.

The session allowed attendees to ignite the debate around four main axes: the groups facing the greatest challenges, the most prominent mental health and social problems and the most challenging time in the user’s care.

Suicide and neurodevelopmental disorders were some of the health problems that generated most concern among the participants, as well as early detection and communication with affected people and their families, two of the most challenging moments of care, to give just a few examples of the conclusions that were drawn.

This document has the support of all the people who participated in the Mental Health Challenges Co-creation Day and who belong to, or represent, the group of people affected by mental health problems, whose names appear as signatories of this report.